Sometimes writing a song is like taking dictation. You you clear the mechanism and things arrive. It’s amazing how many songwriters describe this phenomenon. Often there comes a moment like half-waking from a dream, when you realize it’s still coming, and you think, “Please, don’t stop.”

Lyrics are not intended to stand alone. They aren’t poems. They have to be taken in the context of their musical settings. The only reason to print lyrics is to help you follow the song a little better.

The hardest thing in songwriting is finding a new three-chord progression.

I write songs to please myself. If anyone else enjoys them it’s an added benefit of which I am very appreciative.

Songs drive the music business.  The world can always use a great new song, whether it’s a hit or not.  The song is the driver.

I like to record alone. It’s more personal that way, like painting. You can get a little obsessive and get caught up in musical cul-de-sacs but overall I find it’s a satisfying way to work.

If there’s a guy who has hung in there for me as an inspiration, nearly my whole life, it’s Leonard Cohen. I miss him.

A lot of my friends over the years were into meditation…TM, or zen or whatever. From what I gathered, the state of mind they sought was a lot like what I felt playing guitar.

For me, so much about playing guitar is tone and feel. I picked up a lot of that from listening to Eric Clapton.

On playing in bands

Bands arise from the pack instinct. It’s a primordial thing that replaces the hunt. That’s why bands never last. You get older and it wears you out—unless it becomes your meal ticket. In which case it wears you out even more. You quit the band and voila…you’re a singer-songwriter.

I decided it was time to hang it up when I’d place an ad for musicians and the respondents would tell me I was older than their dads.

A band is like a five-way marriage.  Very complicated.

Being a musician and working at a “real” job is a hard way to go. My advice is to keep your overhead as low as possible as long as possible. It helps to be a minimalist.

The important thing is just to keep doing it.

On the music scene

I have always been on the alternative side of music, meaning an artist who couldn’t make it commercially. It’s a constantly changing universe but usually in ways that don’t really help monetize the indie scene. This is immutable.

I’m encouraged by the vitality of the non-commercial or semi-commercial music scene. Greg Brown, Dar Williams, Ani DiFranco, Gillian Welch, Martin Sexton, the Nields, and Stephen Fearing are just a few examples. In this category, it used to be if you sell 30,000 albums it’s a tremendous accomplishment and you are a big star, now it’s 5,000 albums lots of butts in seats and you are a big star.

When the movement to self-production in home studios and private studios began, the majors implied that the output would all be garbage, because if there was any talent out there, they’d already signed it.  Today the indies have most of the artists and the majors have the song show winners. Okay, that’s an exaggeration, but you get what I mean

There’s a tremendous amount of musical talent in Canada. You used to be able to find places with a lower overhead there which provided an incentive to just go for it as an artist.  Overall, it’s still more affordable to live in most Canadian cities though it’s harder than in the past. If you want to live as a musician in San Francisco you’d better have a girlfriend with a very good job.

Many people confuse validation with success. If you need external acclamation to give your work validity, then even if you somehow achieve it, you’ll simply end up as another insecure successful artist. 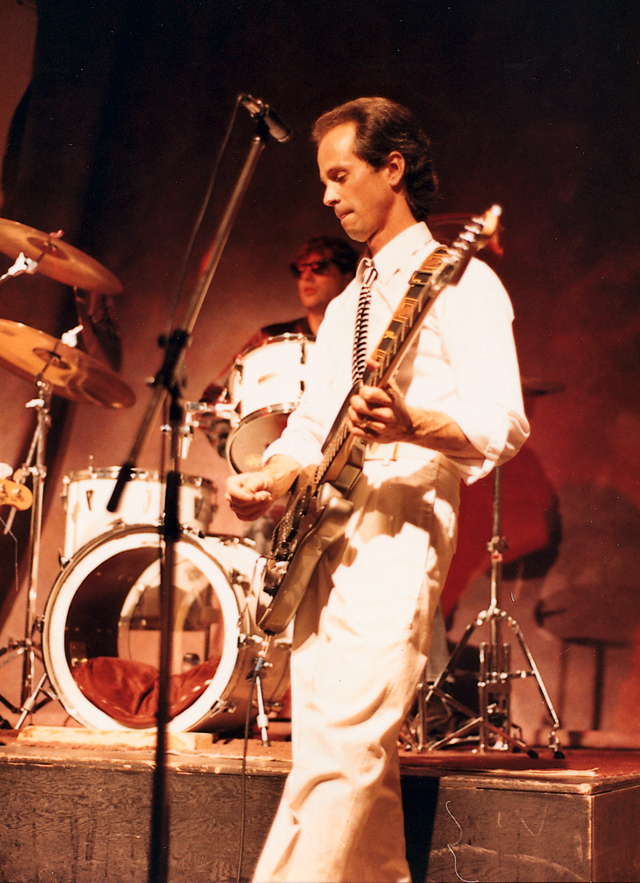 It’s not useful to explain songs. That’s the job of critics. It’s an entirely different thing. Packwood, for example, is the story of family, a place both imagined and real, based on stories my dad and other familly members told me, and things I remember from my childhood. But the tone is mine. My dad was entirely upbeat about his experiences growing up there. I shaded it darker. But I can’t explain it.

I took seven years to make Packwood. I felt I had to do it all myself. So I built a studio in my basement. When I moved to Minneapolis and I had to do it all over again. It took me forever to complete the Montreal sessions. My pro studio mix dates got bumped by Lucinda Williams recording Essence. The CD even had to be manufactured twice. I don’t know why, but it was supposed to take seven years.

I deeply appreciate the airplay I received for Packwood. These are college or public radio folk programs and the deejays who host them are incredibly dedicated. You can’t fool them. They know a lot about the music they play. They don’t make any money at it, but they bring a real passion to their work. It becomes a bond they share with the musicians.

I’ve always had trouble with labels. Singer-songwriters are sometimes based in folk, but it’s not folk with a capital “F.” There’s this confusion between “real” folk and “contemporary” folk. Of course you have to call it something. The “Newport Semi-commercial Music Festival” wouldn’t work at all.

I dislike the term “Americana” to describe a genre of music. It sounds like knick knacks.

I was turned off to folk music for a long time. Coffeehouses felt like church.

On Roots and Branches

I am not overly sentimental about Roots and Branches. I thought about naming it Please Indulge Me This One Last Time, Fire Sale, Curtain Please, or Final Confections of an English Major.