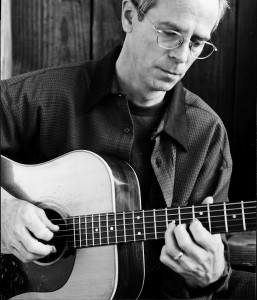 Steve Klingaman is a guitarist, singer-songwriter, and producer with an ear for American roots. Born in Chicago, his credits include a solo stint in New Orleans, the 70’s indie-folk band Harlequin in Montreal, the San Diego-based alt-rock band Streetlife, and the San Francisco-based Beat Freaks and Body Politic. His songwriting is influenced by the study of poetics with poets like Diane DiPrima and Robert Duncan. He currently writes and records in his own NoName Studio and operates Humuncules Music, a micro-sized music production and publishing company.

His first band in the sixth grade learned the ropes with classic garage fare like “Hey Joe,” “House of the Rising Sun,” and “I’ve Got My Mojo Working.” At 19, went to New Orleans with his acoustic guitar and a jones to gig.  He landed one at 2 a.m. at the Wrong Place Saloon in the French Quarter and within a year was a weekend headliner with after-hours gigs on Bourbon Street. His style was anything acoustic, from Hank Williams to Ramblin’ Jack Elliot. 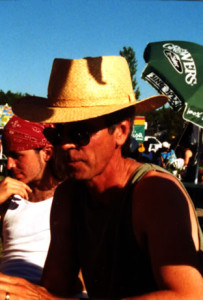 Steve moved to Montreal to attend McGill University, where he co-founded the band Harlequin with violinist Joel Zifkin (The McGarrigle Sisters, Richard Thompson, and many others). The band started out performing early English ballads, playing its first gig at Redpath Hall in 1974.  The trademark sound of the band was built around acoustic guitars and harmony vocals, complemented by Joel’s stunning violin work, on originals, traditional songs, and covers.  Harlequin was known for extended, intricate instrumental passages that featured Joel’s violin over Steve’s fingerpicked acoustic guitar. 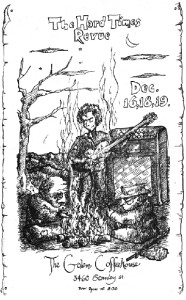 Steve left the band in 1977 and put together The Hard Times Review before moving to San Diego to form a band with John Kargacos, his oldest friend and bandmate from that  first mojo-working band. Streetlife was prolific, powerful, and it rocked.  Somewhat out of place in San Diego, with the city’s fixation on a devolving disco scene, the band had a good run and Steve and John wrote a noteworthy catalogue of music and released one single, “Lucky’s Cafe.”

After Streetlife, Steve moved to San Francisco to attend the graduate program in Poetics at New College of California where he studied with a group of poets including Robert Duncan, David Meltzer, Michael Palmer, Duncan MacNaughton, Diane DiPrima, and others.  After grad school, Steve joined the S.F. music scene as lead guitarist for a world beat band the Beat Freaks. When the Beat Freaks broke up, Steve formed Body Politic as a vehicle for his own songs. The band, a trio, was never intended to be such, but, as Steve put it, “We just couldn’t find anyone else who fit.” 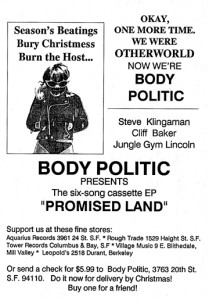 Steve quit playing live after Body Politic folded in 1991. He taught himself recording engineering, set up a studio, wrote song demos, and cultivated a rootsier, singer-songwriter groove.  In 1994, he began writing Packwood.

Drawing on his folk roots from New Orleans and Montreal, he constructed Packwood as a unified contemporary folk album, where the songs addressed a single, larger, theme—the disappearing family farms of the American Midwest. He released the album in 2001. His follow-up, Vanishing Point (2003) addresses the unsolvable problems of romantic love. It showcases his electric side and features Lenne Klingaman on duet and backup vocals.

Today, Steve is primarily a producer, engineer, and songwriter and solo artist.  His songwriting features a strong lyrical thrust and an increasingly eclectic approach to composing and arranging. He wrote music reviews for the webzine Minor7th.com from 2002-18.  His five releases—three albums, a cassette EP, and a 45 rpm single are available from Humuncules Music. In 2015 Humuncules Music released The Heart Is the Hunter, the debut album by his daughter, Lenne Klingaman, a marvelously talented singer and actress. Steve released his newest album, Roots and Branches  on June 24, 2021.